I'll find out this morning. It might mean someone's trying to hack my card.

That would make sense. I would think they would have at very least given you a phone call asking about weird charges

They tried to call me but with my old number. I gave them my new number over a month ago. Just like the other places they all didn't update their records.

Any way I'll have the light tomorrow. I still haven't got the refund from Nitetorch.

Got the light today. It's a tiny monster!

The new Sofirn Q8 (upgraded from BLF Q8) on the left next to my trusty Nitecore P36 light. 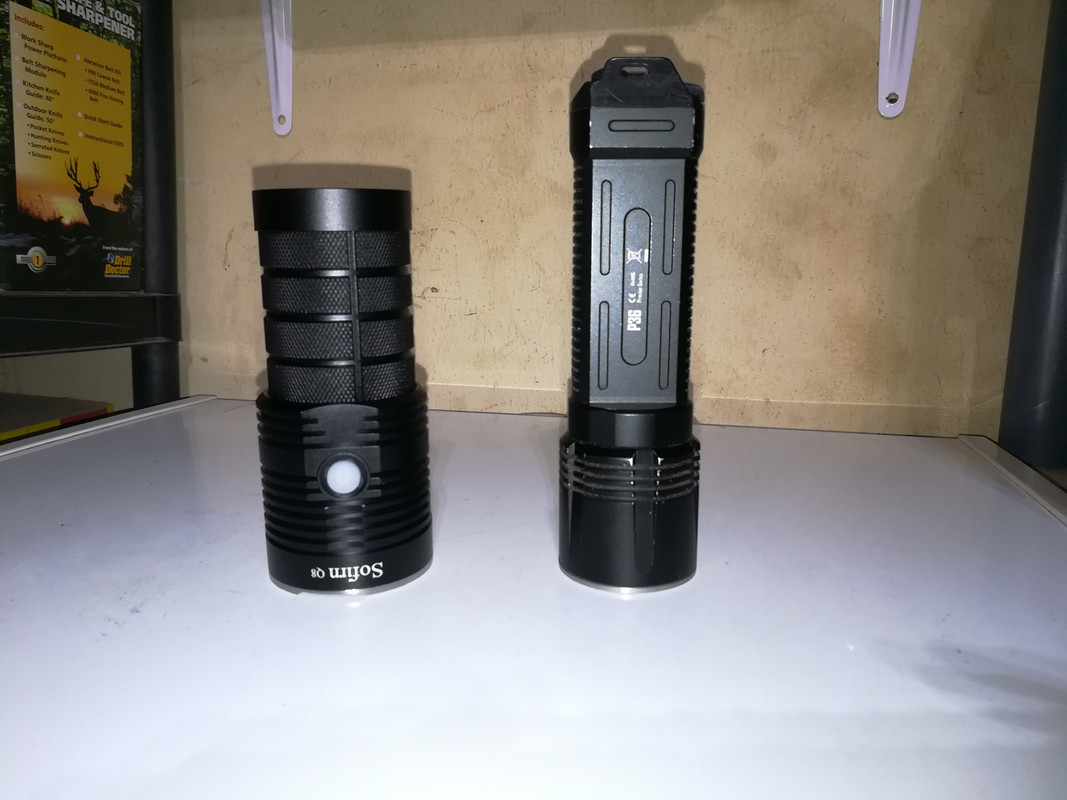 This is an update:

I did get my refund and it was prompt as they promised but I forgot that I used my sis's card to get it. She got the refund to her bank. I asked for a pic showing that they did refunded the money and saw my sis's name. It all came back to me. I gave them a big apology and posted it on two light forums.

Now for the light, I don't know if they knew but it was tampered with. I bought it used but it was supposed to be all original and complete kit in the box. Used like new they say. Seemed they didn't check it out.

I noticed the mark on the box. Marked next to 6500K. That's the color temperature and in that case it should be white with a tiny bit of blue. What I have is yellowish, in the 3500K-4000K range. Looks sickly and that proves that the LED bulb was switched.

It doesn't matter anymore because I got my refund and the light is free to do what I want with it. The screws in it looks to be damaged and take a special tool to remove them. I posted a message for the modders on the light forum and they don't seem interested in working on it.