here's something from kansas: 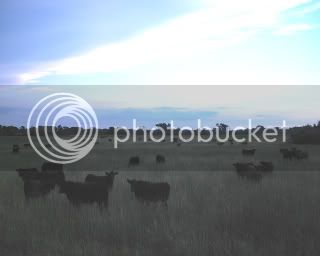 we call these cows... they roam free across the plains and eat grass

(I wanna see some kangaroo's)
D

cant find a pic of my EX darn! LOOOOL
T

Hornets, i cant stand them

You cant get bit by them, because they're poisonous.

I've had to kill 3 nests already, in the past 2 weeks, with running water from a hose

Hornets are often (although wrongly) thought to be very aggressive and dangerous, and are much feared by some people. Hornets can actually be seen to slowly crawl backwards and eventually flee, rather than attacking, when approaching them. This can make it hard to remove hornets from indoors, if they happen to come in through an open window or door. Some folk beliefs have it that three stings from the European hornet can kill an adult human, and that seven can kill a horse. While impressive due to their size, European hornets are in fact much less aggressive than some of their smaller relatives (notably the yellowjackets Vespula germanica and Vespula vulgaris), and their sting isn't more dangerous. Unwarranted fear has often led to the destruction of nests, and the species is locally threatened. It benefits from legal protection in some countries, notably Germany.

Hornets are not harmless, however. They have a painful sting and can cause anaphylactic shock to persons with an allergy to wasp venom, a condition which can be fatal. While not aggressive when encountered far from the nest, workers will vigorously defend the nest if provoked.

most of the time they aren't aggressive
though these guys can be pretty tough, and sometimes a bit territorial (males)

bit of a strange creature. it's a mammal that swims, lays eggs, and has a duck's bill

these guys used to be hunted a lot, but not so much now.

they look cute and cuddly, but they do have sharp claws

these guys are ant eaters. and, you wouldn't want one in your bed.

do you live in Australia?

apokalipse said:
do you live in Australia?
Click to expand...

He said native to the area where your living. So If i'm on vacation in Austrailia wouldn't that count?

I suppose that technically counts...
though where is your "normal" home?
D

We have had these come into my backyard 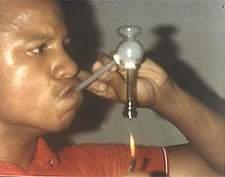 H
Psychos 'R' Us: A genuine tale of stalking!

Your CPU and modern games: A guide to those building.
8 9 10