With Patch vs. Without Patch 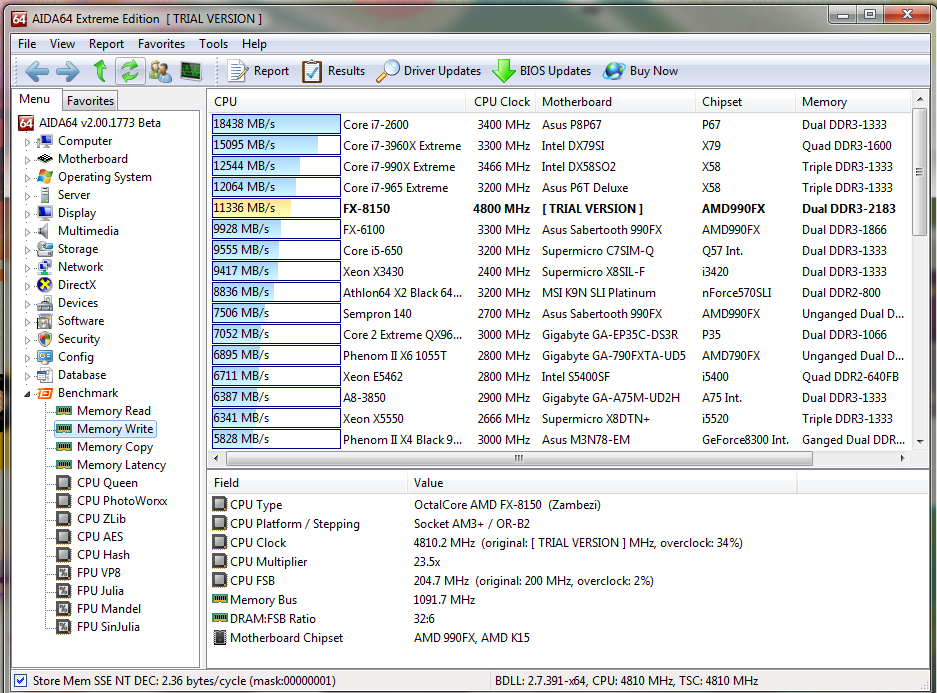 As we can see, my Gskill Ram does pretty well overall in a 990FX board. Only Write scores benefit greatly from triple, or quad channel memory, and this is shown through the above comparisons. It should be noted that my ram's performance was maximized setting CL to 10, and decreasing the response time from 300ms to 110ms. This change of setting also manages to squeeze out the 7.9 memory rating in WEI! (I had 7.8 with Cl7 / 300ms)


So far these patches look like a welcome boost in performance! 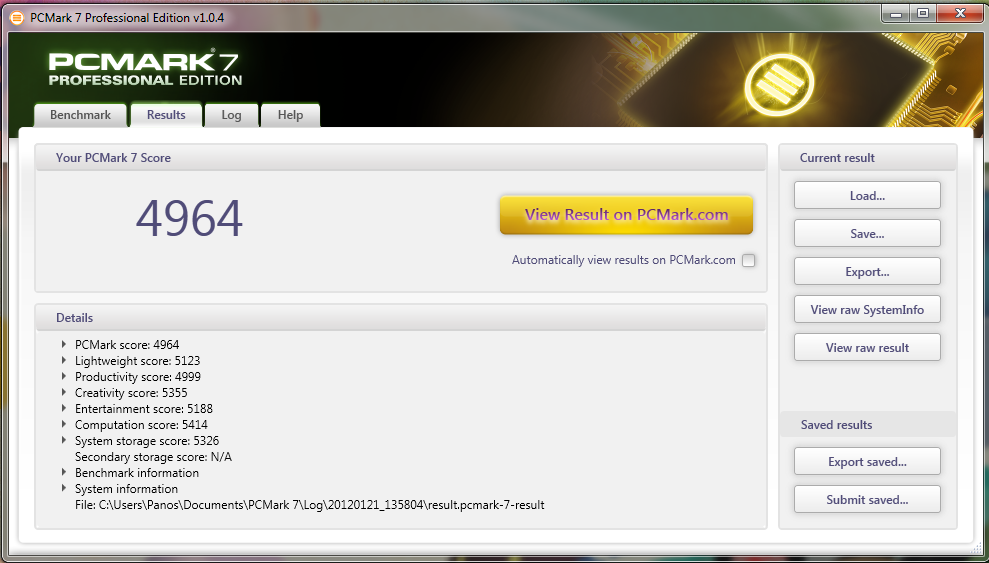 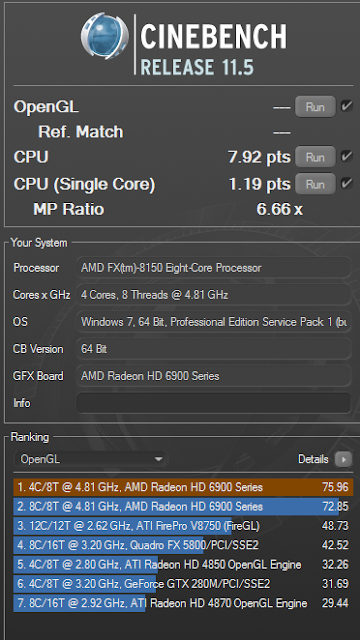 We can see here that at stock 3.6 Ghz, the FX 8150 manages to benefit from the patch by +3.4% when compared to without, and running at 4.8 Ghz performance increases by +3.9%. Opposite of what the initial preliminary patch released by Microsoft showed, where WinRar performance managed to decrease. We remember FX being a beast in 7-zip, how will it fair with the patch?


As we can see here, FX manages to marginally benefit from the patch in Decompression only. Compression shows little to no improvement. 7-zip really shows Bulldozer's strength. 
Here we can see that the AMD FX 8150 performs much much better at stock settings when compared to with Windows 7. Linux seems to be taking much more advantage of Bulldozer's architecture, and this just comes to show that optimization for Windows is not near completion, and shows us just what could be in store for Piledriver when it comes out.

In Linux, FX @ 3.9 Ghz Turbo , FX manages to even significantly beat overclocked (at 4.8 Ghz) performance on Windows 7, and comes much closer to performing on-par with a 3960x. It would be interesting to see overclocked performance in Linux, as I suspect its drastic. 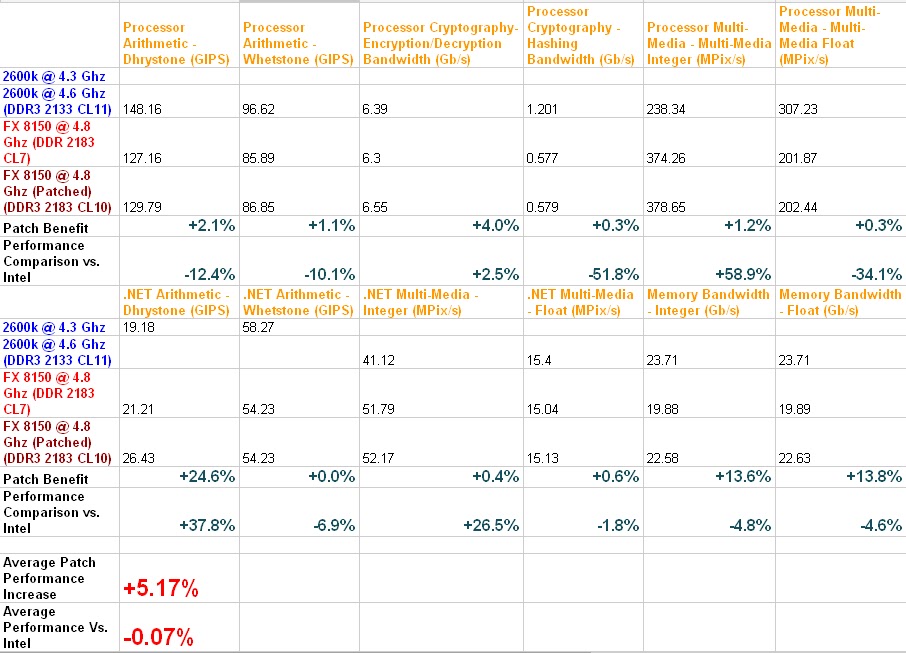 Here we see that the FX Patch brings a decent boost in performance, averaging +5.17% across all 12 tests. The largest performance increase comes in the .NET Arithmetic - Dhrystone test, where we see a +24.6% difference. This is the most significant increase in performance I have yet to see for the FX patch.

We can really see that intel and AMD have different strengths and weaknesses across the 12 tests in this benchmark.


Alien Vs. Predator Revisited **With Patch** 
For Comparison's sake we may also examine results from HEXUS.net with Two 7950's @ 900/1250 in Crossfire and catalyst 12.1 Final Build (which is also what I used in my updated Patch FPS). This test is with a Stock i5 2500k @ 3.6 Ghz Turbo. It should be noted that this test is with 4xMSAA but also with 16xAF as well, which the above test with 4xMSAA lacks - in accordance to Tom's review. So take these results with a grain of salt! (Although AF affects fps minimally in this game, while AA affects it significantly). 
So with the money I made from selling my Sapphire 6970 (which I used to have in crossfire with my 6990) and my old OCZ revodrive 120gb I decided to buy OCZ's consumer flagship PCI-X SSD the Revodrive 3 X2 240 Gb.

Just how fast is this thing compared to other SATA 6 SSDs? Only up until 16Kb read/write , the Rovodrive 3 X2 actually trails its much cheaper brother the OCZ Vertex 3 Max IOPS, however as soon as it hits 32Kb read/write it leaves it in the dust! If you guys have any questions or requests let me know! I would be more than glad to help!

DIRT 3: Revisited for a third time! 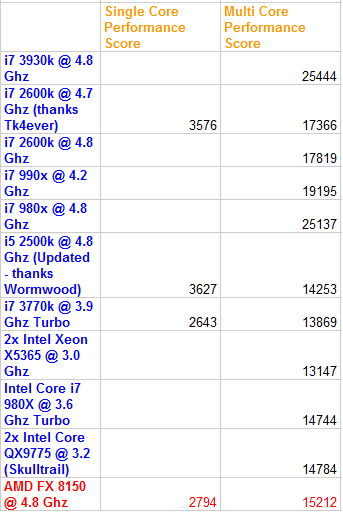 
How will FX fair in this 5 year old benchmark? 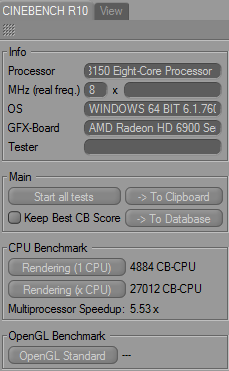