I don't know if you guys are familiar with what AMD is doing right now as far as their big launch of their next CPU, but benchmarks have yet to be released because it's too early. They want to keep us in suspense, lol. But here's a screenshot of their setup. Look at all those fans!!!!

Who thinks this new AMD processor will be better than Intel Core?
D

how did u even get that picture

I pulled it from a website. I think it was Xbit. But they won't say much about it, but hinted that it performed well. If this is an Intel killer, and I certainly hope so, I'm going to jump on the bandwagon and retract all my statement about the Intel Core CPU and go with AMD.

This has got to be THE processor that will make or break AMD. They can't afford to lose again!!! 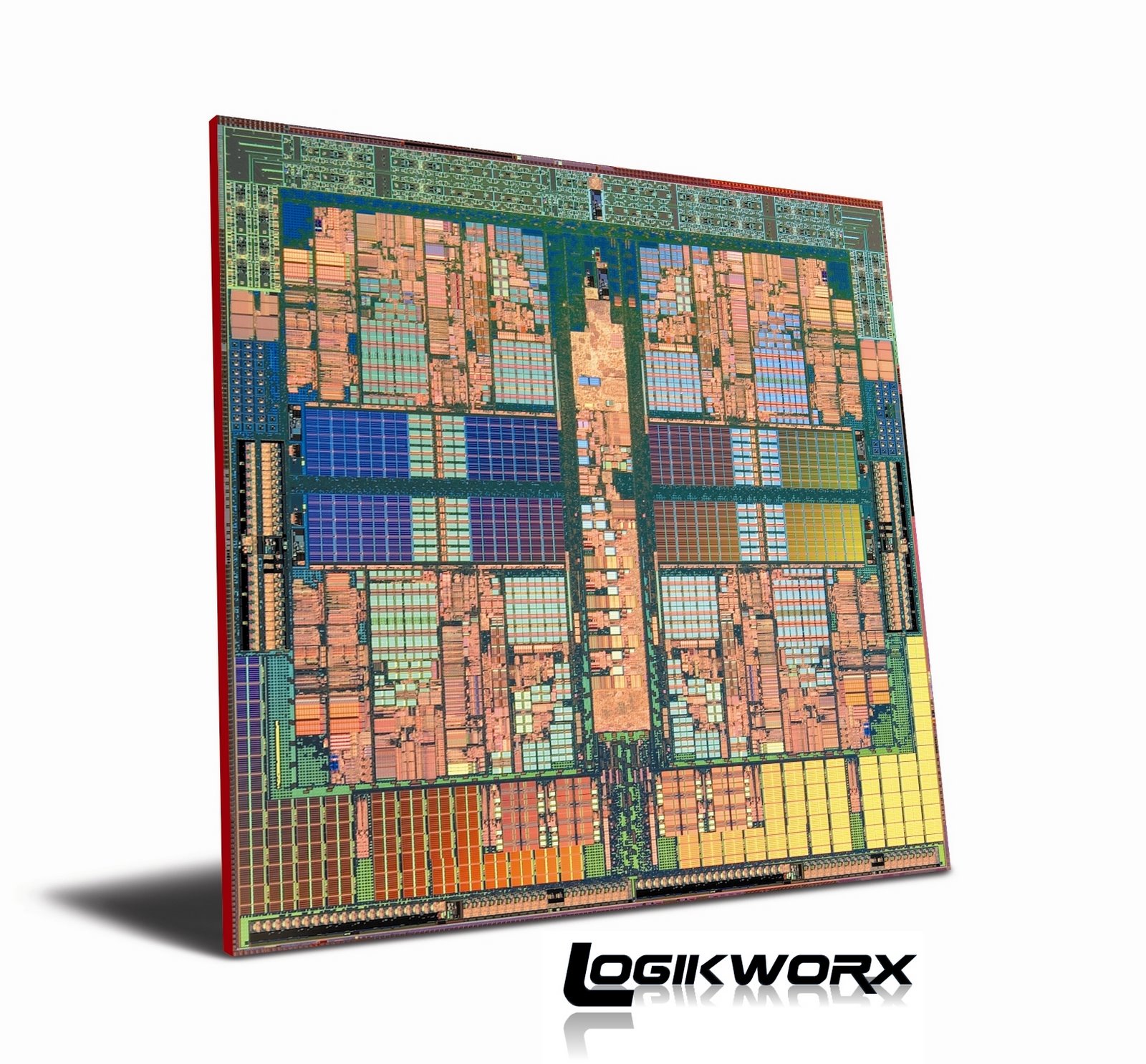 (in others words AMD is good at keeping the suspense going and it could hold a complete surprise like the Phemon come out tomorrow AMD shall PWN Intel!!!)

From the first picture? It looks like video card cooler, but three of them? Now i'm not so sure because I thought SLi is like two video cards. Maybe they're vent coolers or something.

More picts of Phenom in action:

"Perhaps the most interesting item on display - at least to us anyway - was AMD's Phenom powered demo system. We weren't able to ascertain the clock speed or run any benchmarks, but we were still able to glean some good information about the system and CPU. The Phenom processor in this rig is installed in an AMD reference RD790 chipset-based motherboard. This motherboard features an AM2+ socket (support for higher HT link speeds and split power planes) and true, dual PCI Express x16 graphics slots. Affixed to the processor was what looked like your standard AMD PIB heatsink with an 80mm lighted fan. Throughout the entire demo, we never heard the fan spin up and it remained very quiet throughout. It wasn't throwing off a lot of heat either, so whatever the clock speed this Phenom processor was running at, it couldn't have been running all that hot.

To showcase the machine, AMD was running a beta version of John Woo's Stranglehold game, featuring Chow Yun Fat; well his likeness anyway. The game uses a modified version of the Unreal 3.0 engine in coperation with the Havok physics system. The engine is multi-threaded and designed to take advantage of multiple processor cores. As you can see in one of the pics above, all four of the cores are being utilized while the game is running. During the demo, we noticed on average about 70% of the processor's resources were being utilized with higher (or lower) spikes depending on how many objects were on screen. We say objects because most of the items in the game world, like signs, widows, propane tanks, and almost everything else for that matter, can be manipulated or damaged. Shoot a propane tank, for example, and it'll explode causing a ton of damage and throwing debris in all directions. After watching the game for a while it looked like a cross between Kingpin and Max Payne, with much better graphics than either. It had plenty of blood and gore, like Kingpin, with the third-person perspective and slo-mo bullet-time of Max Payne. Although they call it 'Tequila Time' in this game.

Over the course of the demo, representatives from AMD said a top-to-bottom line-up of desktop Phenom processors, priced competitively in the marketplace, will be available in the fourth quarter of this year. Motherboards based on the RD790-chipset will arrive sooner, from AMD / ATI's traditional board partners. Although AMD was intentionally tight lipped and wouldn't disclose specific details regarding the processor and chipset just yet, reps seemed confident in Phenom and very excided about the RD790, especially in its overclocking capabilities. One AMD rep even went so far as to say the Phenom / RD790 platform is going to "change the game". We should know that means in the next few months, so stay tuned."