little 'mod' but still a cool one. come and rate it :p

well, There is a little projector beam coming out of my case [its there on default] and its purpose is to light any logo you wish on you'r desk, till now I shutted it off cause the only logo display I had was the default which is saying "3D Aurora" and thats just ugly.

A Couple of days ago i've seen southpark, the Awesome-O 4000 episode and I was like OMG Thats what I want my beam to project!!!

So I took a picture of the awsome-o, opend photoshop, took the pencil tool and started copying onto the base of the logo the whole awesome-o 4000 shape.

Here's pictures from the first level to the last.

A. Took an original photo of awesome-o: 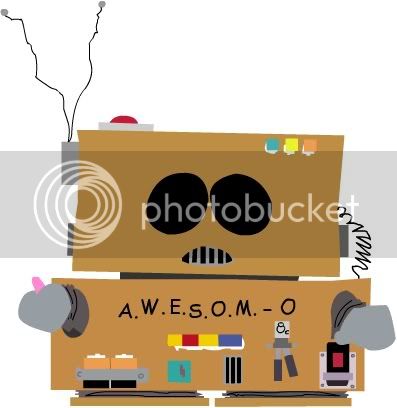 C. I Started paiting using white pencil the awesome-o 4000's shape [Just by looking on the original picture lol], then I erased all the black between the marks and the background layer [Used magic wand for that] and added the rest of the shapes [again, as much as i could.. im only using two colors and a pencil tool here ] into the body of the awesome-O 4000.

D. Then, I added a side logo again using same tools.. :

And thats it... now im going to print it on transpert high resolution paper sheet and attach it to the bottom of my case, and it will display it on my computer's desk ^^;... I'll take a picture of how it looks like once i'll get it printed . 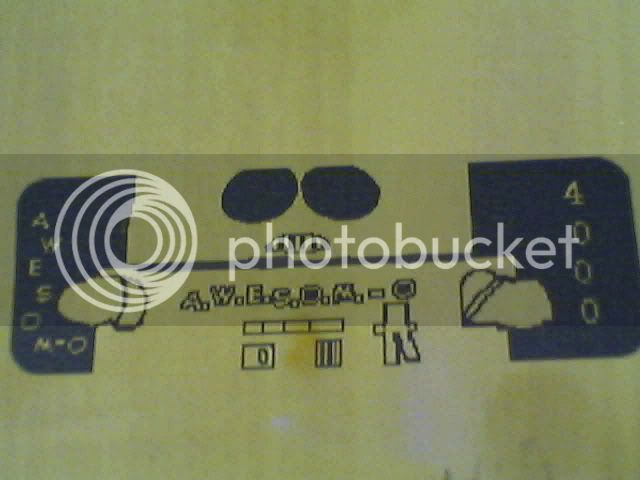 on the background you see my closet... Next step --- cutting and attaching to my case!!! i'll show you the final resaults.. so far im really happy with it hehe.

So what ya think? It took me several hours of work [i'd say 5-6] to paint the whole thing.
First time i'm using a pencil tool in photoshop too heh.

haha, it came out pretty sweet! I edited the picture above, i've photoed it when its already printed on a transpert page. ^^

This mod won't be completed for a while because i'm pending for a better printer, the one I used is a very low quality one that her ink sucks badley, thus instead of drying, the logo I printed just oxygenated and lost its form.... so you won't be seeing the final product for a while .

But still, any comments of the rest of the mod are welcomed And if anyone has a 3D Aurora Gigabyte, he is welcomed to use this logo on his beam projector [I'd like you to tell me first if you do though ^^;].

S
Gyes, can I ask a really stupid question.