I have a Lenovo ideacentre 710-25ISH I use at church for live streaming. 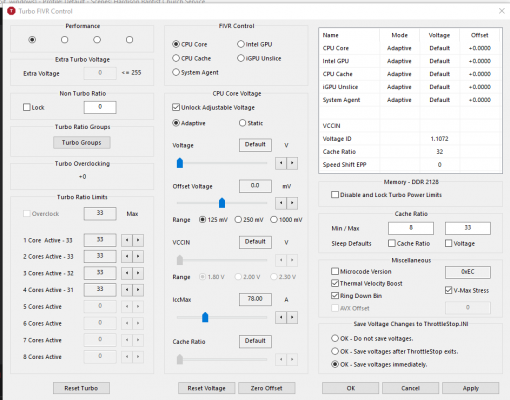 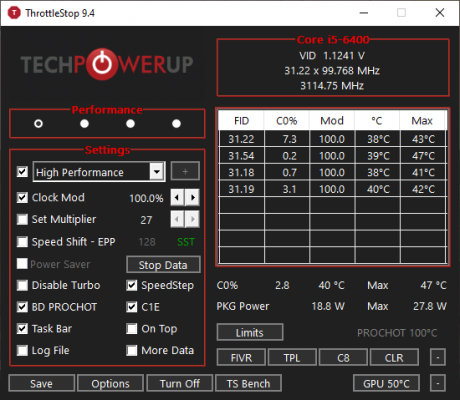 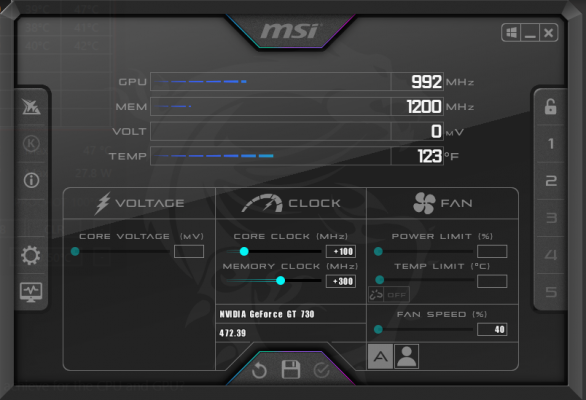 What would be the highest fully stable overclock settings I can achieve for the CPU and GPU?

There's no way to overclock this processor, the only thing you can do is force it to run at max frequency all the time, but that's not a good idea, and besides, it's not necessary in any normal running system.

It does have turbo if that's what you mean by running at max frequency.

Now for the core clock on the video card I can go a little higher I believe.

However I've noticed at least on my home PC MSI Afterburner keeps the core clock at its base frequency until its needed to run at the boosted frequency.

Does the same on this PC and running OBS I don't see the frequency increasing.

When I initially set up afterburner and throttlestop I chose values I knew would be safe as I didn't want to run the chance of the PC messing up in the middle of live stream.
Last edited: Jul 4, 2022
You must log in or register to reply here.

R
FPS dropping when Alt+Tabbing out of games