Hello all, I received fellow CF user EC's laptop for repair tonight. So I decided to make an active blog about it.

The complaint is the laptop keeps shutting down on it's own. I suspect an overheating problem maybe perhaps a bad fan.

1) Wiped down the laptop since it was dirty.

Turned on the laptop. Boots up and logins just fine except for it taking 45 seconds to POST. Goes into stanby and turns on just fine. I went ahead and poked around inside, reseated the RAM and started the computer up. Oh noes! Now it doesn't POST.

3) Experiencing random shutdowns during memory test. I'm running it again while monitoring it a little more closely. If I have to, I might just pull one one stick of RAM and test them individually. 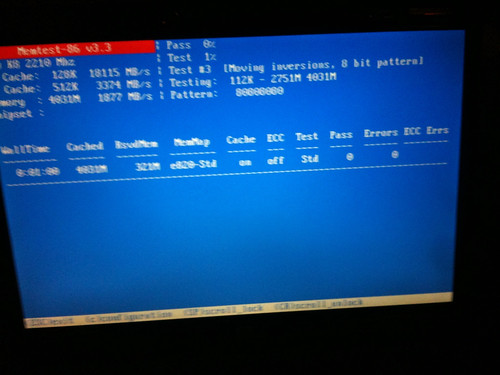 4) Memory seems to be ok. Still doing random shutdowns. I'm going to try to see if it's overheating by monitoring the CPU temperature.

5) Memory is good. Hard drives are good. The issue lies somewhere between the motherboard, CPU, and the Nvidia graphics.

Anyone have any ideas why it constantly does random restarts. It's being very sporadic and may or may not be a cooling issue. The fan works just fine. I've opened it up so I can poke around a bit but I'm not going to go all the way. I think I'll put it back together and see from there.

Location
My own personal hell

I could be wrong though, but it definitely sounds like some sort of chipset issue.

All the chips are on the reverse side of the board that is covered. But there is one that I do have access to. A Nvidia chip. Would this be the northbridge? No heatsink but I still wonder what it is.

I tried Googling the numbers on it. 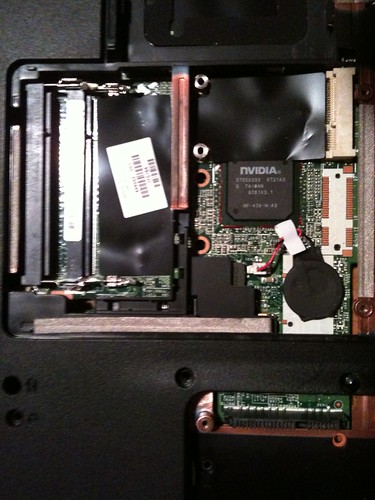 Location
My own personal hell

I doubt that that is the northbridge.

Get some system specs from CPU-Z, then run everest and see what temps are like for every component, not just the CPU.

I'm going to move this to the hardware section.
R

I'd put my money on the processor. If it's random, it's probably an overheating issue. Are you using any software to monitor the hardware? If so, what are the results?

Legodude522 said:
All the chips are on the reverse side of the board that is covered.
Click to expand...

celegorm said:
Negative. HP hides the CPU, Northbridge and GPU under the keyboard. In order to remove the heat-sink to replace thermal compound (at least easily) you will need to remove the keyboard, LCD and top cover.
Click to expand...

For this one, it's on the bottom side. Not the side with the keyboard. Unless you are claiming it's under the black tape. But I'm assuming it would be on the side that has the heatsinks. 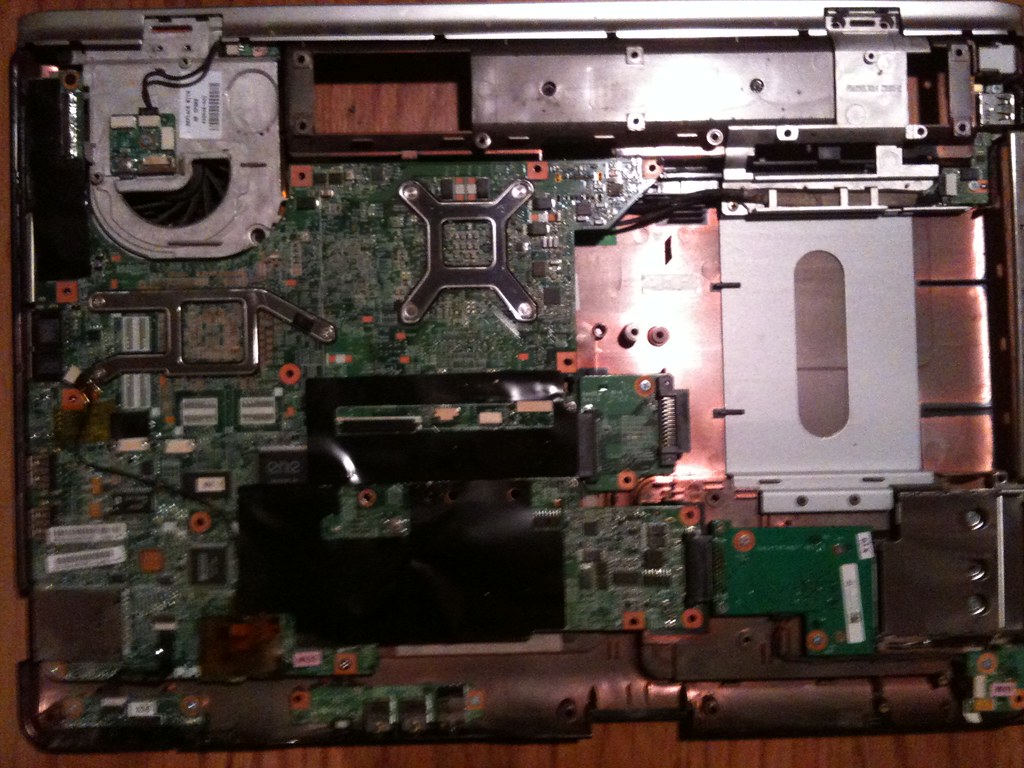 HP DV series laptops have the CPU mounted on the back of the board.

DV series laptops are notorious for having graphics issues. The most common, is a no-post black screen but everything else comes on. This can be fixed by removing the motherboard and stripping it to chips only (removing heatsinks, extra wires, etc.) and applying heat from a heatgun to "re-solder" or re-flux the video chip back onto the motherboard. I have fixed 3 DV series laptops with this method, all 100% successful and a co-worker of mine did it yesterday with my help.

In this situation, it's possible the video chip is getting too hot and warping thus causing microscopic open circuits in the solder.

So, give the heatgun fix a try and see what you end up with.

Graphics chips wouldn't cause it not to post. You'd simply have no display.
My dv6205us has no such issue. But then it has an Intel graphics chip. I'd look elsewhere. Have you run with just the battery or just the power pack and see what it does? Have you test the bios battery?
You must log in or register to reply here.
Share:
Email Link
Top