Anybody use their PC as a multimedia unit with a AVR receiver for audio ( 5.1 ) ? That is how I have had my setup for a long time so I can stream movies, watch TV, etc. with great Audio. But my older Sony receiver is now shutting off randomly when ever I am just reading on the internet or surfing around, etc. or using a headphone out of the PC ( when ever there is no audio signal being sent to the AVR ) . I think it is shutting down because it is a power saving auto shutoff setting ( a "green setting" ) and the sony AVR unit somehow "thinks' it was just left on because its not getting any audio being sent to it. BUT, my Audio has never worked properly since switching to WIN10 = only shows stereo option in speakers , no other speaker options. Also a problem others have had and talked about on windows forums. I have tried windows drivers, etc. to no avail. I always thought is was win10 issue and figured the AVR would just take that stereo signal from the HDMI cable input and process it into 5.1 out to the speakers anyhow - and I do have good sound out of Sub, and rear speakers. So , no big deal right? BUT now I am not so sure. I think the rear speakers are just mimicking the fronts and I am not getting actual front to back separation ( not true Dolby 5.1) Basically I am running my HDMI (out) of the GPU to the receiver's HDMI (in) and then sending video to the TV via HDMI (out) on the receiver to the TV HDMI (IN) . I would like to be able to utilize windows audio speakers settings to control "levels" on each speaker as I am closer to the right rear channel - so want to turn that speaker down some and the front left channel up some. But since according to Windows I only have stereo ( 2 speakers) I cannot do that currently.

1) How to either fix windows or Nvidia GPU to send true 5.1 audio signal out to the AVR
or
2) is this happening because the HDMI communication is bad between an older Sony AVR and the HDMI port from the Nvidia GPU ( 1070 with latest updated drivers) ).
or
3) Windows 10 audio is just that messed up and not fixable
or
4) Would purchasing a new AVR take care of the problem because would communicate better with its HDMI ports being 2.2 , not 1.4 ? SO windows10 or the GPU would recognize the 2.2 HDMI port on a new AVR as a 5.1 capable processor and sent the true 5.1 signal?

Have you considered going with a pcie tv tuner instead of your AVR?

Well , like I said , looking for good sound = true 5.1 audio filling a 10 x 10 room. I have never heard of speakers/ audio from a PC that sounded good - other than through headphones. I am "old school" and a bit of an audiophile = floor standing BIC speakers, 10 inch powered SBS sub woofer, etc. No pciE tv tuner card can power the speakers I have.
Last edited: Aug 21, 2019

The tv tuner does not provide the audio output. That would be either the on-board audio from your pc or an add-on pcie audio card. You can also connect the audio output from your pc to an amp and equalizer for more options (manual adjustments from the equalizer..aka AVR?). The output audio for my tv tuner goes directly to my on board audio for my pc, via the pcie bus. This is the Creative settings for my pc's audio... 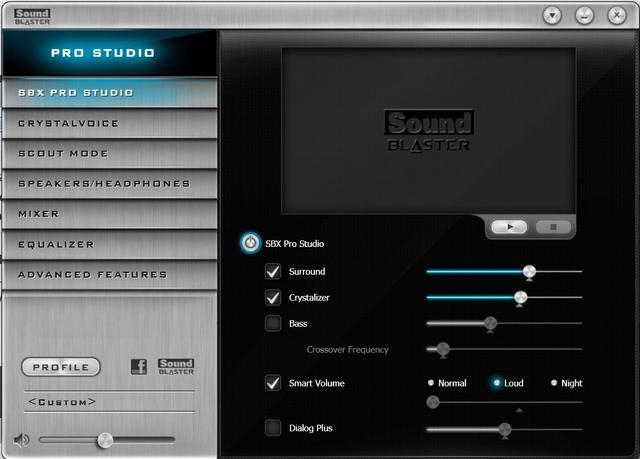 The newer tv tuners can record and play video in hdmi, but you'll need to get a splitter to strip out the hdcp protection from your cable company. You can still play videos from your dvd/bluray player. These devices are less than $20.

If you like the set up your currently using with an AVR, then you might consider to just upgrade your audio card on your pc to get those "fine tune" options your looking for. Maybe PP has some better ideas on this.
Obviously you are already using your pc's audio output to connect to the AVR?

This issue may not have anything to do with your AVR, but rather Windows 10 with the sound card on your pc? I too have heard of nightmare's with audio and Windows 10. Does the audio work o.k. with just pc speakers connected? If so then start looking for a new AVR
Last edited: Aug 22, 2019

Ya , I misunderstood... I thought you were suggesting geting rid of the AVR altogether and use PC speakers. OK, so you are suggesting I use a TV tuner's "creative" software which is bypassing the Windows Audio program which is what is not working properly = fails to recognize my AVR as a 5.1 setup and only allows for 2 channel speaker configuration ? Interesting - I am pretty sure I would need to purchase a "PCI-e sound card" that is made to work with that Creative software for it to work - but that is OK, if necessary.

I don't own any PC speakers so I do not know if the regular 3.5 audio out from the MOBO is working properly or not. But headphones sound fine form both USB or the direct plug in on the front of the case.

So do you guys think that a new AVR with HDMI ( 2.2) will indeed help or not? I have no issue purchasing a newer AVR - my Sony is 8 years old and I hate that it is shutting off on its own, the center channel positive speaker wire attachment "thing a ma jig" is broken, etc.
Last edited: Aug 23, 2019

No... I may have not made myself clear... happens when we get old?
The tv tuner doesn't have any creative software. That audio is from my mother boards audio hardware, which has a Creative audio chip built into the motherboard. The Creative software was provided from Gigabyte, the manufacture of my motherboard. The audio just passes through the tv tuner from my hdmi cable coming out of my Comcast tv box and goes to the audio chip on my motherboard, which ends up going to the speakers.
Best suggestion I can offer is to try the AVR on another pc and see if it powers off, If it does then you'll need to look for a new AVR.
The tv tuner lets me watch tv on my computer, record and edit channels, stop and pause live tv. Just like a dvr, but more personal and configurable to suit my needs. I can make the tv screen on my pc monitor any size I want, so I can be watching Dangerous Catch, and at the same time I can also post here on this forum. If you are going to use your pc for multi-media purposes then having a tv tuner just adds more to the multi-media experience
Last edited: Aug 24, 2019
You must log in or register to reply here.